Hello, my name is Brian Kidd and I am a Web and Multimedia Developer. But what exactly does that mean?

Put succinctly, it means that I specialize in Web Design and Developing, Web Content Writing and Editing, and Audio and Video Production.

As a writer it means that I love to write and edit web content. I earned my first degree in Journalism from the University of Washington and was awarded The Excellence in Journalism from The Department of Communication. However, with regards to my career, writing is not the entire picture but a very important part of it. 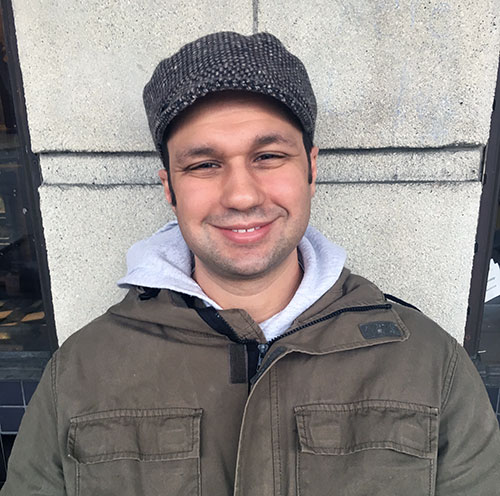 As a musician and videographer it means I have an affection for audio and video production. Since owning my first Tascam 424 four track music recorder and also my first camcorder as a kid, I have been writing, recording and producing music and video content. Currently, I play and produce music in an electronic music act called Kylmyys and besides live performances we independently produce music for TV, film and radio and create music videos. However, like writing, audio and video production is not the entire picture, but a very imporant part of it.

Although I have a great affinity for the aforementioned fields, it was my introduction to the Web, and the many multimedia possibilities that it offered, that peaked my interest in Web Design and Developing. To create beautiful websites, some with pictures, music, videos, articles et-cetera, seemed like an impossible feat at first, especially since I had not written one line of code until I was well into my 20s. However, I bought an O'Reilly book about HTML, signed up for a Tripod account (yes I wrote 'Tripod') and as most noob programmers do, I typed in the phrase "Hello World!" into the text editor. Once I saw those words live for anyone online in the entire world to see, my eyes widened as I knew this would be the beginning of a lifelong dedication to contributing quality content to the Web, with both passion and precision.

After receiving a degree in Web Application Programming and several programming certs, the picture of my career path is complete. Currently my concentrations are on Front End Design and Developing along with UX Design. Please See my CV below for more information.

The essential markup language to build any website. I love HTML5.

I love using CSS3 to style and arrange websites and make them responsive for all devices.

I use php mostly as a server-side language, especially with MySql.

I have as much love for computer languages as I do for written prose.

I am also a musician and videographer. 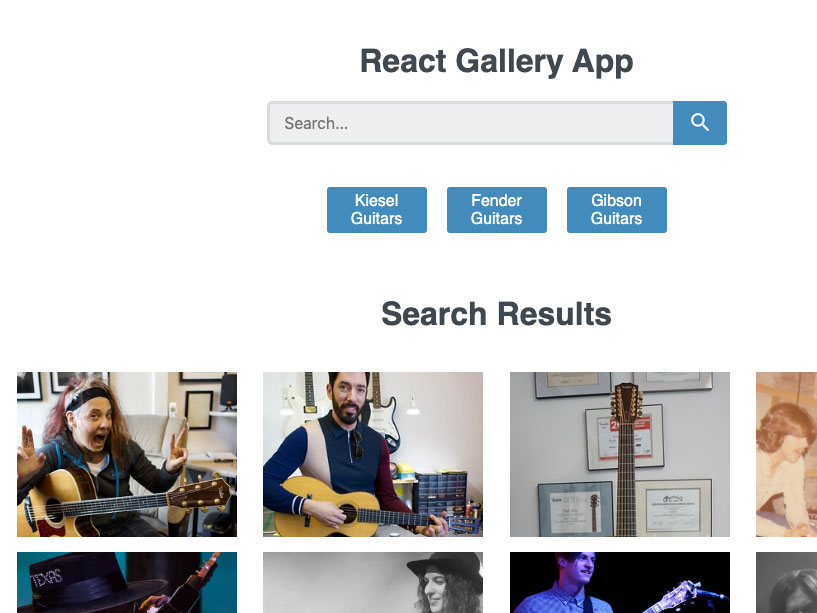 This image gallery app was created using React. Using React Router, routes are set up for three default topic pages and a search page. Images are displayed from the Flickr API using Axios to fetch data. The project was created as part of the Treehouse Full Stack JavaScript Techdegree 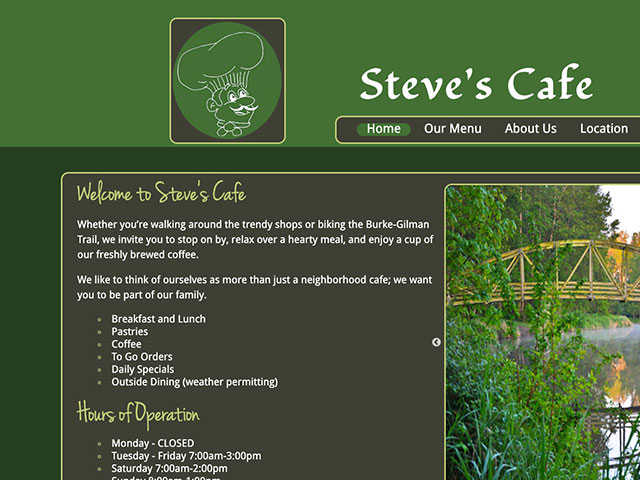 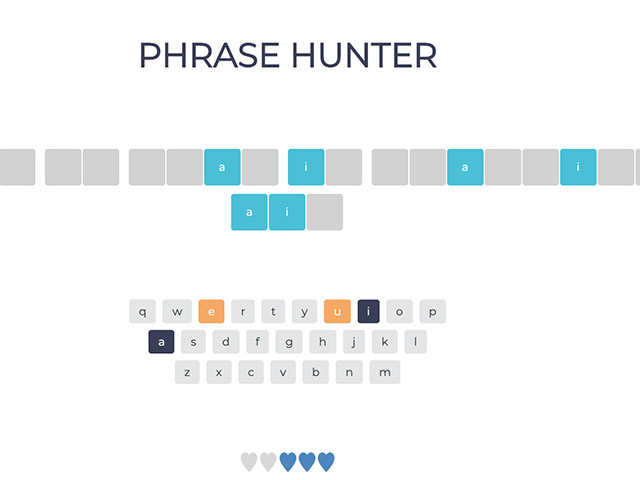 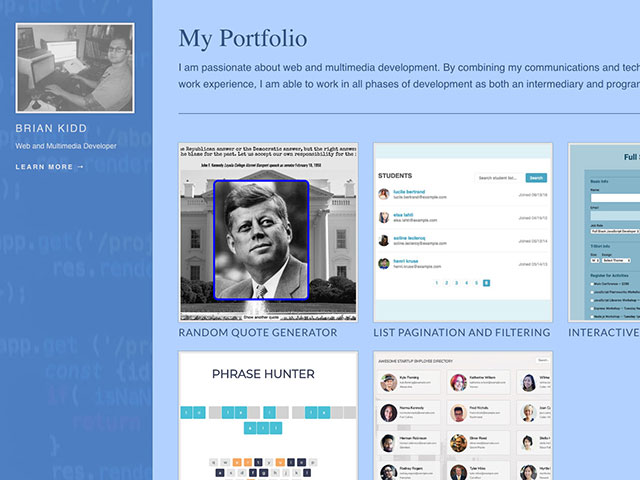 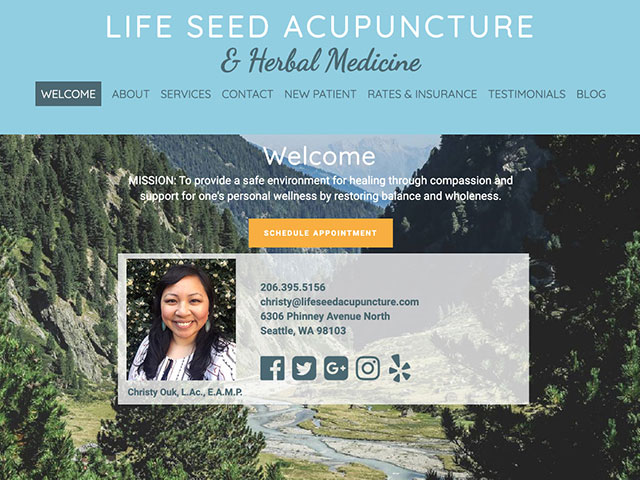 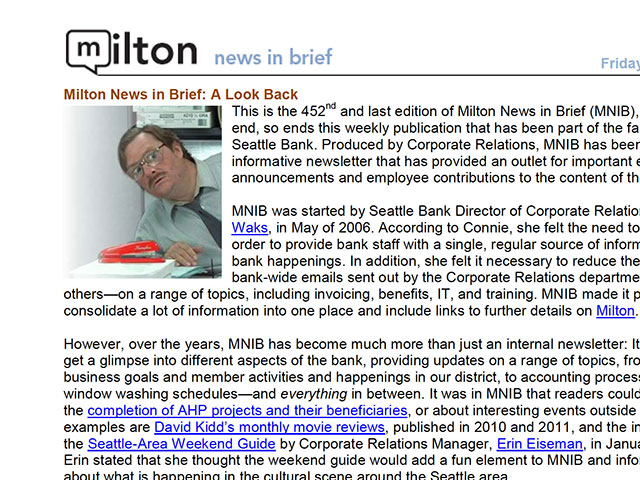 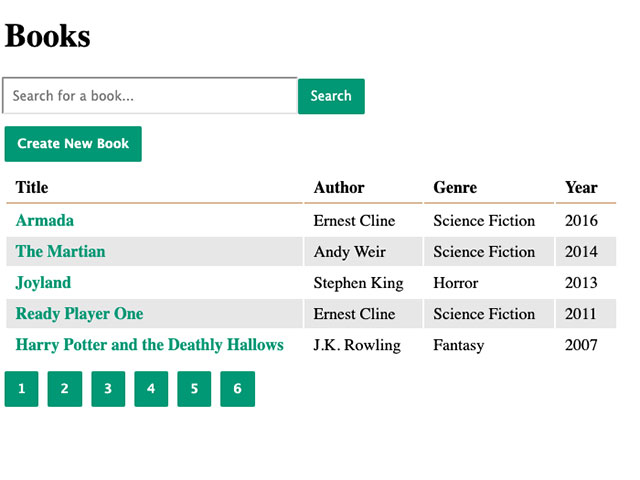 This web app is for a fictional library to help them manage their collection of books. It includes pages to list, add, update, and delete books using JavaScript, Node.js, Express, Pug, and the SQL ORM Sequelize. This project was created for the purpose of the Treehouse Full Stack JavaScript Techdegree. 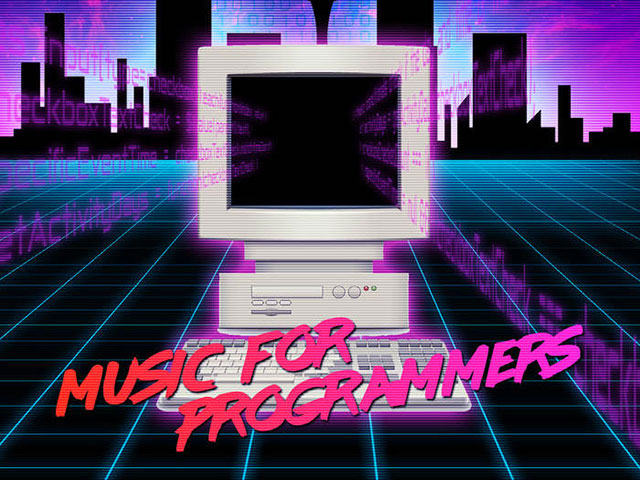 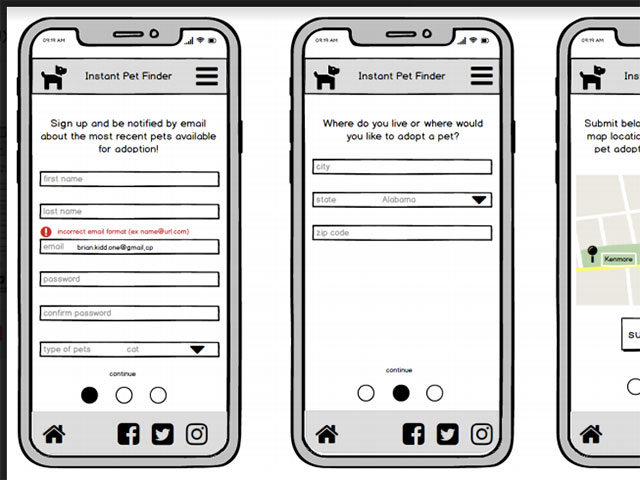 Wireframe for a pet adoption signup form created with Balsamiq 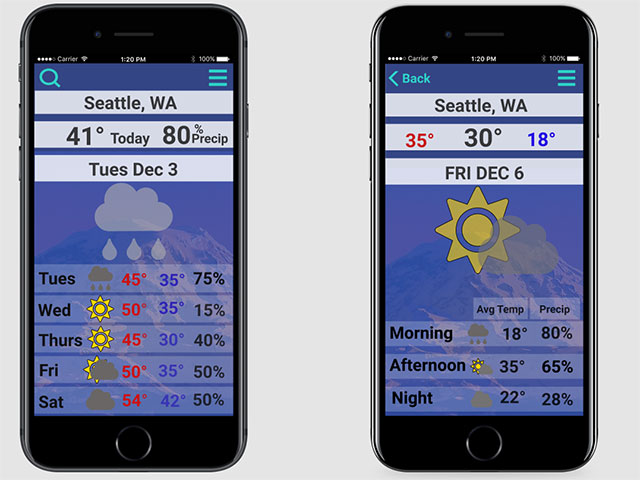 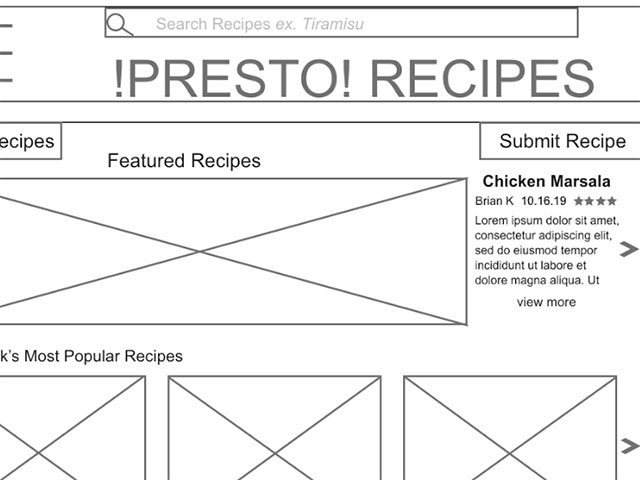 A wireframe for a cooking blog created using Adobe XD

What Clients and Managers Say

Brian created a website for my company and he did a great job. He tested the site, formatted it and the site works great with PC, Laptops, IPads and Cell Phones. He created a logo that was designed to my specific detail. He was recommended to me by one of my past employees that was his instructor in college. Brian registered the site and entered the keywords for searches. He did everything I wanted and the cost was in line with my budget. I plan to use Brian for other projects in the near future. He did a great job in a short time that fit my needs.

CEO and Founder at Online Developer Plus Inc.

I believe Brian would make an excellent addition to any organization that works with front-end web development and applications.

Brian is well equipped to grow from any challenges he is presented with. His patience, strong web programming stills, and genuine desire to learn, prepare him beautifully for web application development. I can recommend him without hesitation.

Brian brought commitment, hard work and talented commentary to our communications team at the FHLB Seattle. I worked with him for about 2 years and I would hire him if I had the need for a technical writer/communications specialist. 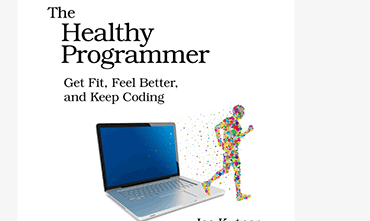 I CRACKED MY BETTER HEALTH CODE

I’m no doctor, but recently with the help of my own research and a naturopathic doctor, I have been able to demystify my health issues, which seemed to increase in my 30s and now in my early 40s... 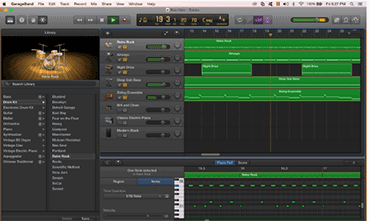 This week was a week of finding patience in refining my crafts. I decided to give Mobirise a chance as a way to build lightweight websites on the fly. These websites are supposed to be mobile-friendly, and they are, for the most part. That is if you stay within the... 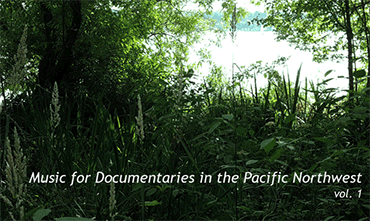 By trade, I am a Web Developer. However, I am also a musician and own a company called Kylmyys Media. According to some, including Jesse at MusicMakesCash, there is an abundance of money to be made by licensing your music for television, radio, movies and commercials...